Flashback Friday: The Five Things I Wished I'd Know About the Writing Business

For this week's Flashback Friday(yes, it's really back!), I'm joining forces with my buds over at the group blog Paper Hangover(you should totally follow them btw. They're some AMAZING ladies of YA literature!) They're doing their Friday Five today on the five things they wish they'd known before they began in the writing game. 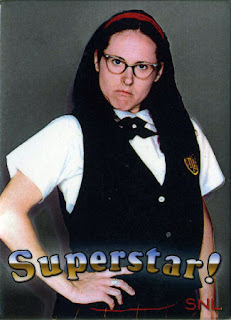 And since I'm movie analogy nerd--er, fan, I wanted to take my flashback approach like Mary Catherine Gallagher would....well, not quite since I won't be interpreting popular made for TV movies, but you get the gist. 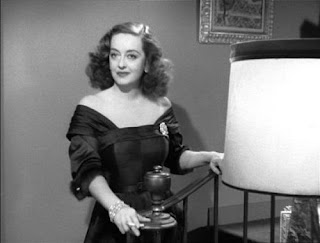 (1). Fasten Your Seat Belts, It's Going to be a Bumpy Ride--All About Eve

I got 3 words for you....Ignorance is bliss! I knew nada, zilch, zippo about the writing business when I first started. Agents? Query Letters? Say what? I had no idea what I was going to be getting into when I took the writing plunge. It will be three years ago this summer that I began my first serious novel(I've written my whole life--short stories, bad Danielle Steelesque ripoffs, etc). It was/is an adult Literary Fiction with Christian symbolism. When I look back on writing it, I remember it as one of the happiest times of my life. It was a freeing, exhilarating, and manically creative time. But I had no idea the full quality and quantity of the bumpy road of publication that lay before me. The very road that would make writing the next novels not quite so carefree and much more angst ridden. 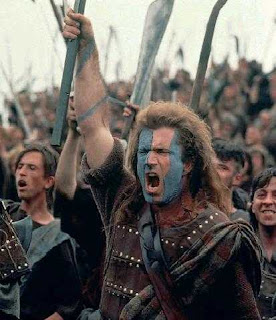 (2). They May Take Our Lives, But They'll Never Take Our Freedom!!---Braveheart No one could have prepared me for how soul sucking, life-altering and ball-busting the writing business is. Until you've queried and put yourself out there for rejection, you have no idea how hard it can be. There were/are days I wanted to walk away. To forget I'd ever written anything and to vow to never write again. But then that fiery passion, the one that sometimes was only a few flickering embers, would burn within me. And I would vow that no matter what, I would see a book to being agented and/or published. Nothing would take away my dream!!!! 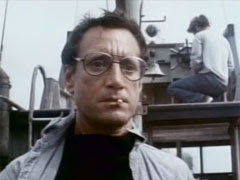 (3 ) You're Going to Need a Bigger Boat--Jaws Another thing I wish I had understood or comprehended was that the industry was much bigger and much more complicated than I could have ever imagined. You had to get an agent. Then they had to put you on submission. One editor didn't control your publishing destiny--it could be a whole team of people. And just like in Jaws, it was going to take a LOT to succeed and keep my little boat safe in the shark infested waters 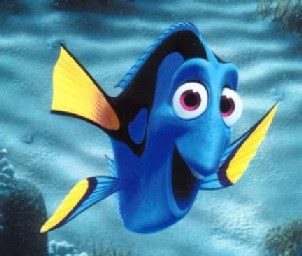 (4). Just Keep Swimming Total words to live by then and now. I like the to think of this as a just keep on writing mantra. Write, write, write. Rinse, wash, repeat. If you don't succeed with the first book, keep on writing. Write because you love it, not because you want to be published.

(5). May the Force Be With You--Star Wars I think this is a pretty simple mantra to stick by. Keep your faith--whether it's faith in a spiritual being to see you through the bumpy road or faith in yourself as a creative being with a story to tell. Surround yourself with positive forces--critique buddies, family, friends, pets. You will need to draw on their strength. They will ride the emotional rollercoaster of highs and lows with you. 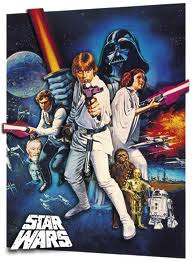 I wasn't so naive going into it. I read a lot during those early days. But I didn't understand how tough it was even after you got an agent. Now that I have a lot of writer friends at various stages of the process, I'm so much wisher than before. :)

This is a great post! Sums up all the difficulties of getting published but keeps my spirits up at the same time! :) Definitely saving this one!

Awesome post, Krista. I do admire your tenacity in this business!!

I learned a lot after I sent out my first query and joined AW, and now I think the biggest thing I wish I would've known is

.......you need great friends/crit partners to keep from going crazy and quitting.

#6 - Ignore the naysayers and doomsdayers saying writing is dead.

Cute take on the Friday Fives! And I love Bette Davis!

Great post! Love the movie lines, and what you write is spot-on!

Nice touch with the headers! I totally agree with #4. "Keep moving foward" is one of my mantras.

I like these. Especially the 'just keep swimming' one. You've got to have a real love of the craft at times. And, things often go in a direction you never saw coming.

Stina, that's great that you had a little trial by fire before you got into the business. Sometimes I wonder if that would have helped me some in the long run. But you are so right that writer buddies are ESSENTIAL!

Thanks Holly and Melody!!

Joslin, I LOVE the Independence Day one!! It is so, so true! And I totally see my hunky Bill Pullman saying it! lOl

Jenn: joining AW and meeting you all you ladies was one of the best things that happened in my writing career as well as personal life.

Thanks Blue...I love me some Betty Davis too! Very drama queen!

Thanks KO...I'm kinda movie obsessed! I blame the two Study in Film classes I took as an undergrad, lol.

Thanks Michelle & Michelle! Yes, you gotta love what you're doing to keep swimming in these mad, crazy waters!

Yay! Thanks so much for the shout out and for participating. :) BTW, I LOLed throughout this whole list!

Perfect! As a movie buff and a writer, I loved this post. I would only be so bold as to add a # 6: "In Space, No One Can Hear You Scream" ~ from Alien... for how to let off steam from rejection in a positive, if loud, way!!! GREAT post; thanks so much for sharing and glad I stopped by....

This is totally awesome! My favorite is "just keep swimming." Thanks for the smiles.

Hi! *waves* New follower here. I love this post. I am working on a novel myself, and 'Just keep swimming' is something that I sing all the time!


Josin, that is one of my favorite movie quotes! It was really moving and fits perfectly with writing!

You are so awesome Krista!! You're and amazing writer. Its gonna happen for you someday! :)