A new edition of Cover Love!
We start with:
Blood Red Road by Moira Young

(US, UK, Dutch)
I really like the US cover, especially the font but the UK cover is something you can't walk past without looking. It's definitely eye-catching.

(US, UK, German)
I really like the German cover but from what I've heard about ASHES the US cover might fit better because the book is pretty scary.

I first noticed this book because of the Australian cover. It's pretty striking but I really like the US cover too.

What do you think?

Posted by Susanne Winnacker at 1:10 AM 15 comments

I know a lot of you love music and use it as inspiration when writing. I went to a 10 Years concert a couple weeks ago and I can not get FIX ME out of my head. It's like every YA character's anthem.

Also Avenged Sevenfold's song SO FAR AWAY is truely touching. It's a rock ballat about loosing someone you love. In this band's case it was their drummer, The Rev.

Check them out! And don't forget to shout out what your muse music is!

Cover reveal The Other Life!

The moment I’ve been anticipating for months has finally come!!

I can share the cover of The Other Life by Susanne Winnacker (aka Me) with you! 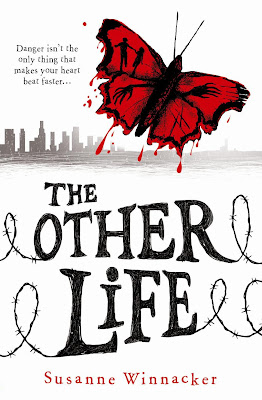 And here’s the blurb from goodreads:

Sherry and her family have lived sealed in a bunker in the garden since things went wrong up above. Her grandfather has been in the freezer for the last three months, her parents are at each other’s throats and two minutes ago they ran out of food.

Sherry and her father leave the safety of the bunker and find a devastated and empty LA, smashed to pieces by bombs and haunted by ‘Weepers’ - rabid humans infected with a weaponized rabies virus.

While searching for food in a supermarket, Sherry’s father disappears and Sherry is saved by Joshua, a boy-hunter. He takes her to Safe-haven, a tumble-down vineyard in the hills outside LA, where a handful of other survivors are picking up the pieces of their ‘other lives’. As she falls in love for the first time, Sherry must save her father, stay alive and keep Joshua safe when his desire for vengeance threatens them all.

I couldn't be happier! Isn't the bleeding butterfly deliciously creepy??

Posted by Susanne Winnacker at 2:49 AM 8 comments

Cover Revamps: Do They Turn Your Head?

I was in Barnes and Nobel the other day and noticed a few books have gotten a cover makeover. I know this is probably a marketing tool to get the novel to appeal to a broader audience and increase book sales. Hell, I even picked up a couple books with new covers. I've always wondered how publishing companies choose which book they're going to invest more money in to revamp. Anyone have any ideas? Is it something they decide to do when the hardback goes paper?

Anyway here are some books I've noticed with a new face-lift: 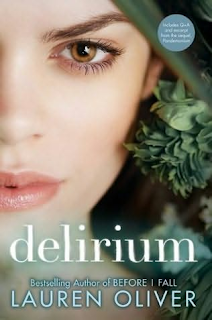 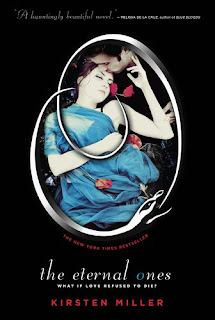 Posted by Annie McElfresh at 11:24 AM 8 comments

Entertainment Weekly posted the first look at Gale and Peeta for the upcoming March movie. EW also posted an interview with the two guys! I can't wait for this movie! Katniss was revealed a few months back. So Here they are, what do you think? Are they like you pictured? 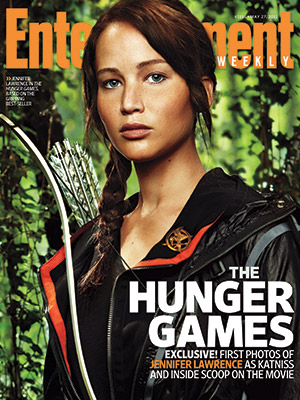 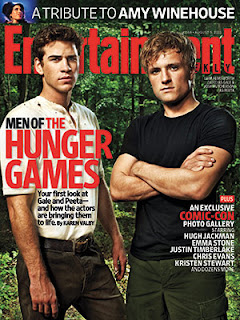 Labels: Movie, The Hunger Games, YA book to Movies

It's time for cover love!

(Portuguese, Croatian)
I think Cynthia Hand really won the cover lottery. All the covers are beautiful. But I think my favorite is the UK version. I find it interesting that the Croatian publisher added wings to the US version. Maybe they wanted to show the reader what the book's about?
Next: Sisters Red by Jackson Pearce 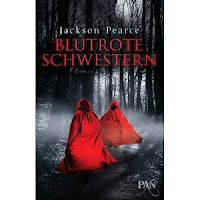 (US, German)
Both publishers us the red/black color scheme. What I really love about the German version is how creepy it is!

(UK, German)
Most foreign publishers used some variation of the US cover, sometimes using different colors, sometimes different fonts. I like the black of the French version better than the light blue of the US version. It's more eyecatching. I'm not so cure about the "face-covers", especially the UK girl looks very young.

What are your favorites?
Posted by Susanne Winnacker at 2:15 AM 3 comments

Mel was nice enough to let me cross post this from her visually stunning new blog, YA for the YAt Heart.  Like Mel, I'm still tripping a little bit over my own feet when it comes to Twitter, but as we learn the ins and outs, there are a few things we've noticed and talked about with fellow writers.

(Take it away, Mel!)
I am still very new to Twitter. And in trying to figure out how to appropriately and effectively utilize it, I asked a group of fellow writer friends/Twitterers to share with me some of the things about Twitter, Twitterers, and tweeting that annoy the living poop out of them. In other words, I wanted to know what the etiquette to being a good Twitterer consists of and what NOT to do. These are some of the things that came up in our discussion (in no particular order):


1. Follow Fridays aka #FF. Apparently people find this VERY annoying. I myself had not done it simply because I didn't know how to or what it was. But now that I know, and have learned how many people feel about it, I will not be doing it. For a hilarious post on the #FF hashtag that explains what #FF was supposed to be vs. what it's become read this.

2. Multiple tweets--Posting your tweet 10, 15, 20+ times in a day fills up people's Twitter feeds (had to figure out what a Twitter "feed" was--yes, I'm that clueless) and that can be extremely irritating. We get that you want to reach as many people as possible about your AMAZING giveaway/contest, or an INSPIRING post on your blog, or even some FANTASTIC news about your book coming out, but tweeting the same tweet 437 times in a day on multiple days and you are looking to actually lose your audience/fellow followers.

3. Pimping your book and contributing nothing else to the Twitter world or to those following you was another thing mentioned as annoying. Apparently some authors have been known to do this and it is really uncool and uninteresting. Twitter is about making connections with other people who are in the same field/business or share the same interest. Develop and nurture those relationships first and THEN promote your stuff like crazy (but DON'T multiple tweet!). They will care more about your book if they care about you first. (Plus you may find more people retweeting your promotional tweets. WIN!)

4. People who think they look cool because they have 1000 followers and only follow 100. Honestly, you pretty much look the opposite of cool 'cause what this says to people is that there are many people who think you are worth following, but to you there are so few. I understand there can be certain reasons for it, but to most people it just looks really...unbalanced.

5. And to go along with #4 is people who follow you and then UNfollow you after you follow them back. Apparently this has even been done by some "big name" people to others who swear they were respectful followers (not harassing them or filling up their feed) and would only comment now and then or RT them for something that was said that was truly meaningful to them. SO NOT COOL. I understand that sometimes people need to clean out some of the followers that are the afore mentioned things or people who only follow for the purpose of advertisement of a product, but come on people. That is a snobby thing to do (if it's intentional, of course ;-))

6. There is a 140 character limit for a reason, people! To keep things short and tight in your message. People find it extremely irritating when Twitteres write a novel in a string of 500 posts. We're not talking the occasional continued post to finish a sentence or an important point, but do it often enough and you will find yourself UNfollowed.

7. Another one that several people mentioned as VERY annoying is when people go on regular political rants. Just because you have a platform for your fiction dystopian 7 book series, it doesn't give you the platform to spew political rhetoric at your fans. They are following you for your writing and your stories, not your personal political views.

8. Cliques on Twitter. Okay. So, we know cliques kind of exist everywhere. And just because you're on the internet doesn't mean people won't recognize when you are being "cliquish". Apparently, there are many published authors in the industry who will ONLY respond to other published authors on Twitter and ignore comments made by fans or other writers who are working towards the goal of becoming published. It just makes you come off looking like a snob. If you're only interested in other authors being interested in your work and not the other people who are fans and dedicated followers and buyers of your books, then go ahead. Remain in your small circle of Twitter peeps. But would it really hurt to reach out to others once in a while? Not saying you have to respond to every person who tweets you (surely impossible for some), but once in a while just respond to some of your followers to let them know that you know they exist and that you appreciate them following you. There are many authors who are absolutely wonderful about responding to RT@tweets and thanking people who retweet one of their tweets, but there are others who seem to think their poop don't stink and that if you're not published you're a nobody. NOT. COOL.

So there you have it. Some tips for you on What NOT to do on Twitter. I mean, you can do whatever you want, but these are some suggestions on ways to avoid loosing followers. BTW, a friend of mine pointed out this really cool link that allows you to see who you are following that is not following you back. In case you wanted to know ;-)

Anything you can add? Anything I didn't mention that annoys the living poop out of you?
Posted by Jamie Blair at 9:20 AM 6 comments

Labels: The Twitter feed that shows how cool you AREN'T
Older Posts Home