I Hear Voices (Well Actually, I Listen For Them) 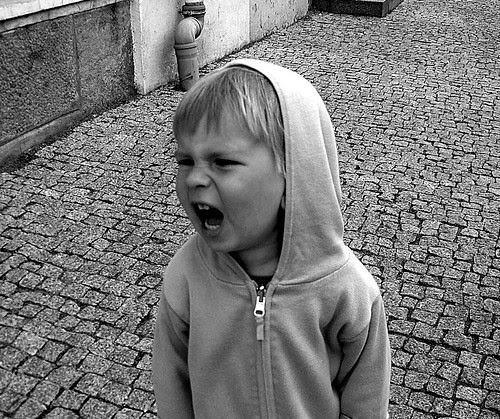 Every time I think about writing about voice, I ask myself, what are you, crazy? Don’t DO that! The reason is that you really can’t have a definitive post on voice, because it’s just not that easy to define. (Elana Roth talked about this yesterday at WriteOnCon, actually, and her post is definitely worth reading.)

When I was at SCBWI, though, Rachel Vail gave one of the simplest and clearest definitions of voice I’ve ever heard. She said, “If you read something and it can only be that character talking, that’s voice.”

A mistake I sometimes make is trying to figure out the voice of a project before I figure out the character I’m dealing with. I do that because I know how important a unique and memorable (memorably good, that is) voice is. But what that definition of voice suggests is that I’m approaching the whole thing backwards. I need to know my characters before I will know how they sound; it’s just common sense.

Rachel Vail also talked about voice as a process of discovery-- finding the voice instead of making it. Maybe you won’t get the voice right in the first page, or the first fifty pages, but eventually, if you are paying attention, your character will say something and it will be so them that you stop and say “AHA! THAT is the voice I was waiting for.”

I had never thought of this before, so I went back to the first draft of my manuscript to see if that had happened to me. And it had. On the fifth page of my first draft, my character says, “It is a foolish practice. It must be stopped.”

Those lines didn’t make it into the final draft. They barely made it into the in-between drafts. But they were useful because they so obviously belonged to my main character. They were stern. They were formal. They were Beatrice. And I didn’t struggle with voice anymore.

I don’t think you can bank on this AHA! moment with voice, but it helps to pay attention.

1. Get to know your character. This mostly involves a lot of thinking, and asking a lot of questions. Questions like, as Rachel said in one of the sessions, “what would your character hide in his or her underwear drawer?” And I think it also involves writing. And letting the first draft be a process of uncovering and discovering who it is you’re writing about.

2. Pay attention to how the character sounds. You might not see the line or section that sounds exactly like them if you aren’t looking for it. And if you do find it, think about it. Figure out why it sounds exactly like your character. And keep it in mind as you continue. Which leads me to tip 3…

3. Trust yourself. Maybe you aren’t sure that the voice you think you’ve found is right, or that it will be any good, but second-guessing yourself isn’t going to help. So, trust yourself. If it’s wrong, you can fix it later. But you have to commit sometime.

Voice is tricky. It’s pretty much always tricky. But our characters are speaking. We just have to listen.
Posted by Veronica Roth at 8:44 AM

Great recap, and great thoughts! Voice is a tricky thing to nail, and I enjoyed Rachel Vail's presentation too! :)

Yes. This is awesome. I am fall-off-a-cliff horrible at dialog in the first draft, and I was wondering how to approach that in revisions. Pretty sure you just outlined it for me.

That is how it works for me too. After a while, the characters talk to me with their unique pattern of speech. It's spooky. And magical.

Thanks for explaining it so well.

This is really good. Posts about voice tend to be vague, sometimes border-line mystic, but I'm going to take this list and go through my draft. And I know it's gonna help.

This is brill. Voice makes or breaks a book and I think it's important that the character doesn't start sounding like the author.

Great post, Vee--Michelle H linked to it on our WriteOnCon panel yesterday!

Interesting take on voice. Thanks.

Ooh, I liked that session, too--thanks for the recap, Vee! But I'm not telling anyone what's in my MC's undie drawer. Cough.

when you finally have that draft with that great, unique character you could enter for a competition or try for an agent.see Virginia Prize for women writers in London.